When working with SOLIDWORKS appearances, it is important to understand the order in which appearances are applied to the model. Let’s explore the appearances for this Mouse Trap Race Car. 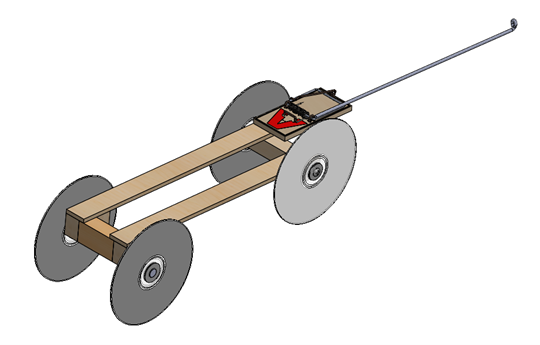 Existing appearances can be found in the FeatureManager Design Tree or DisplayManager. Here is an explanation of the appearance icons.

A ball icon indicates that a Color has been applied

A square indicates that an image has been applied

The Parts color/appearance is being used at the assembly level

An appearance has been applied to the subassembly at the assembly level.

We’ll start by exploring the FeatureManager Design Tree, which have I expanded to view the appearances within my assembly.

To view the hierarchy of appearances, choose Hierarchy as the sort order. Components indicates appearances added at the assembly level. 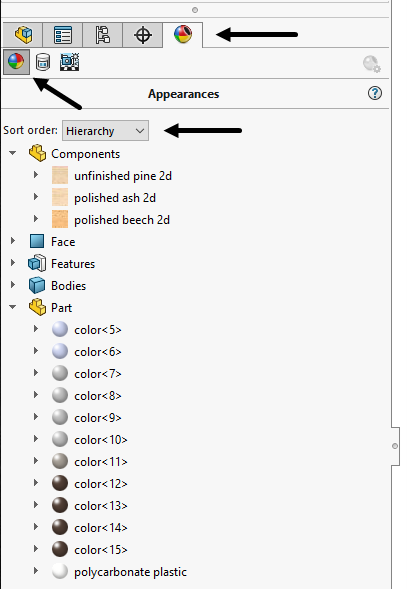 The icon indicates that my part has an appearance of some type of wood at the assembly level, and a grey appearance at the part level.

When I open the part, it does not appear grey, but rather wood, with a single grey face. Let’s explore further to discover why. 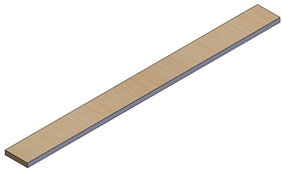 Looking at the DisplayManager for New Rail, there are four appearances applied to the part at different levels. The Hierarchy of this application is Assembly, Face, Feature, Body, Part. 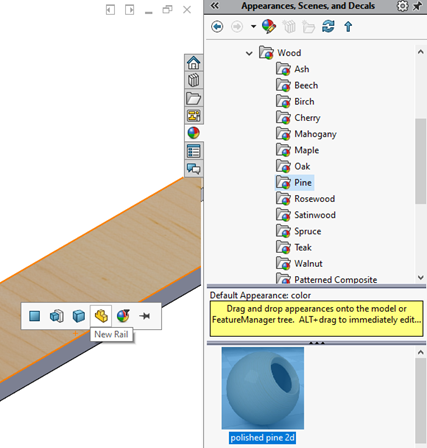 You can also double-click on appearance to apply it to the part. If you are in an assembly, double-clicking on an appearance overrides all other appearances in the assembly. This is indicated with an icon next to the Assembly Icon, as seen here.

To remove the New Rail Appearance override at the assembly level, left click on the appearance in the FeatureManager Design Tree and choose Remove Appearance.

Note: This will remove Appearances at all file levels.

SOLIDWORKS appearances are a great way to differentiate parts in an assemly, or to identify key features. Now you know how to navigate them efficiently.

How to Copy SOLIDWORKS Custom Properties to Other Files Heather McHale is a SOLIDWORKS Technical Support Engineer, Instructor, and Certified SOLIDWORKS Expert. Heather has over 13 years of design experience since earning her degree in Computer Aided Drafting from Kellogg Community College. Heather joined the VAR channel in 2017 first with DASI and now GoEngineer. Based out of western Michigan, Heather enjoys camping, hiking, and scrapbooking in her free time.

View all posts by Heather McHale