What are Virtual Documents?

Virtual Documents in SOLIDWORKS PDM are a way to incorporate external data into PDM using the vault’s rules. Scanned files can be used such as markups, certificates, or any other source of external files. Non modeled items like glue, paint, or anything else that does not have a physical file but you still want it included in the BOM (Bill of Materials).

This can be done within the Local View of the vault by right-clicking the vault view and selecting New > Virtual document. In this example, we will use a PDF, but any other file extension can be used such as .jpg, .doc, or .gif as long as it matches the external file. 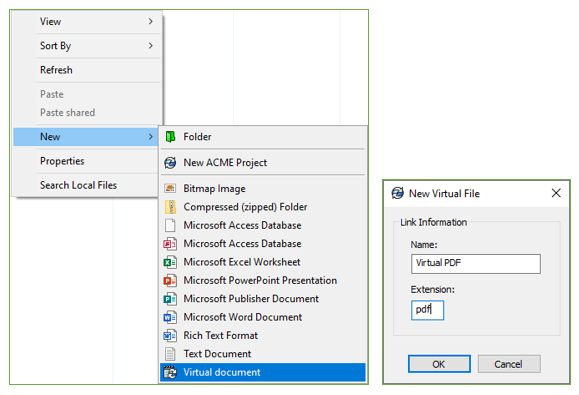 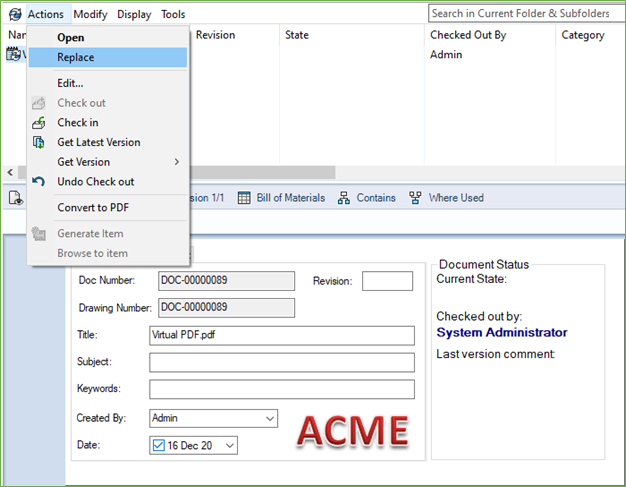 This process can be combined with a PDM Template to use Serial Numbers and data card rules to automate this process. To set this up below is what is needed:

Continuing our example with using a PDF, when the Template is used a Virtual PDF is created named with a serial number: 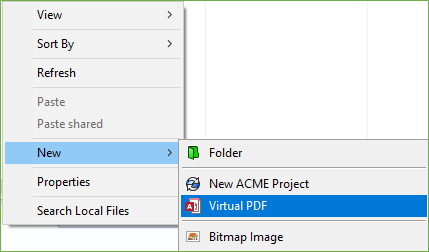 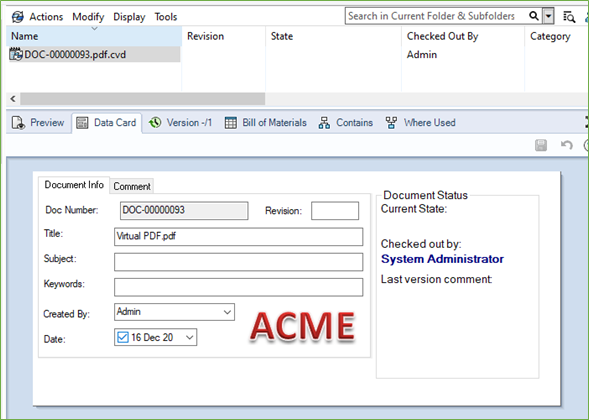 Now the Virtual PDF Document can be replaced by an actual PDF from the local computer.

Using Virtual Documents in SOLIDWORKS PDM can help add in external files such as scanned documents and non modeled items into the vault while adhering to the document rules setup within PDM.

Differences Between State and Transition Revision Numbers in SOLIDWORKS PDM

How to Map PDM Variables into Microsoft Excel

Enrico graduated from California State Polytechnic University with a degree in Engineering. He is a data management specialist at GoEngineer based in Southern California. A car guy, Enrico frequents the SoCal open track days to test his limits. And, of course, his corgi's name is Rally. :)

View all posts by Enrico Tolentino